I think this forum needs christening, So how better to start than to see what everyones reading atm.

Personally i just finished on the chronicles of amber by Roger Zelazny and if you're into fantasy then i really recommend you get it...hell get it even if you arent
Didnt really know what to expect but id seen Zelazny mentioned by Neil Gaiman quite a few times and since i love Neils books i figured id give him a go and it was well worth it

Ive just made a start on The unbearable lightness of being by Milan Kundera, Not really too sure about it atm but ive heard good things about it so i guess ill persevere.

And finally after the recent big read on bbc2 i had to get my hands on theHis dark materials trilogy by Phillip Pullman, Hopefully it lives upto the hype.

Anyway, Anyone else feel like contributing cos im always on the look out for new reading material...and no i dont work for Amazon but ive always found them just about the best place to buy books from, Be grateful if someone could prove me wrong though.

I've been trying to finish all my books, due to the fact that at Christmas time I always end up getting at least 5 new ones, so at the moment I'm reading a few Discworld ones, and some Dragonlance stuff (Raistlin is UBaH!1).

Currently: "The Best Democracy Money Can Buy" by Greg Palast. Not really got anywhere yet, but he publishes the hate mail he gets from Americans, so it's an amusing read so far.

Douglas Adams' Mostly Harmless. I'm trying to finish the trilogy of five before Christmas, and I'm a little behind as I've only just started this one.

The wifes Hello magazine, Im not clever enough to read a book

I discovered, via The Big Read, that I'd shamefully missed some classics. So atm I'm finishing 1984, then it's Hitchhikers guide

Once agreed with Scouse and a LibDem at same time


I crack myself up I really do.

Reading Oliver Twist atm.. got a big time Dickensian thing going, read the Christmas Books last week to get me in the mood for shopping... tbh it really worked... my seasonal goodwill was infectious this year amongst retail assistants.

I'm reading life of pi - Yann Martel. Kinda weird, not sure at the moment. Seems ok.

NEW Pratchett book,actually(sp) managed to get me mate to buy it (in hard back) instead of me, Monstrous Regiment. Not bad, but not as good as some of his.

And started re-reading WOT books before I read the prequel one R. Jordan has released.

I blame you all for getting me into this series

well as i am off sick at the moment i am getting through a lot of books. Here are the latest i have read. I will rate them from 1 star to 5 stars to let you know what i think about them

A song of Fire and Ice

The first volume of George R R Martin's glorious high fantasy tells the tragic story of treachery, greed and war that threatens the unity of the Seven Kingdoms south of the Wall. Martin unfolds with astonishing skill a tale of truly epic dimensions, thronged with memorable characters, a story of treachery and ambition, love and magic. Set in a fabulous world scarred by battle and catastrophe over 8000 years of recorded history, it tells of the deeds of men and women locked in the deadliest of conflicts and the terrible legacy they will leave their children. In the game of thrones, you win or you die. And in the bitter-cold, unliving lands beyond the Wall, a terrible winter gathers and the others -- the undead, the neverborn, wildlings to whom the threat of the sword is nothing -- make ready to descend on the realms of men. A Game of Thrones begins the most imaginative, ambitious and compelling fantasy epic since The Lord of the Rings. Thronged with memorable characters, it unfolds with astonishing skill a tale of truly epic dimensions. There have been many pretenders to the throne of Tolkien: now at last he has a true heir.

This is the story of Ender. A child wrenched from the dysfunctional bosom of his family to be trained remorsely in the art of modern tactical warfare. Previously, homo sapiens had nearly been exterminated by the Buggers in a terrible intergalatic war, but had been saved by the ingenuity of one commander. For the inevitable next chapter in this ongoing war the military wanted to leave as little as possible to chance. The child genius Ender, who passed the necessary psychological profiles, was the realisation of this dream. His entire life would be dedicated to one day taking charge of the space fleets and fighting the Buggers until they were no longer a threat.

***** Five stars again.Not a big fan of sci fi books as a rule but this is so well written you cant help but love it.

Synopsis
At a remote US ice station in Antarctica, a team of scientists has made an amazing discovery. They have found something unbelievable buried deep below the surface, trapped inside a layer of ice 400 million years old. It's made of metal, and shouldn't be there.

*** 3 stars for this. Action packed but gets a bit too much in parts.

A magical rift in time-space brings two worlds clashing together, and the young boy Pug and his soldier friend Tomas are thrown into the ensuing maelstrom of invasion and epic battle, before embarking on a more fundamental magical journey towards the very roots of evil itself.

***** 5 Five stars Just read this again and loved it as much as when i was young. Very cleverly written with a style that keeps you turning pages.

Eats, Shoots and Leaves, to compliment the grammar nazi I will become here.

xane said:
Eats, Shoots and Leaves, to compliment the grammar nazi I will become here.
Click to expand...

kan said:
A song of Fire and Ice
Click to expand... 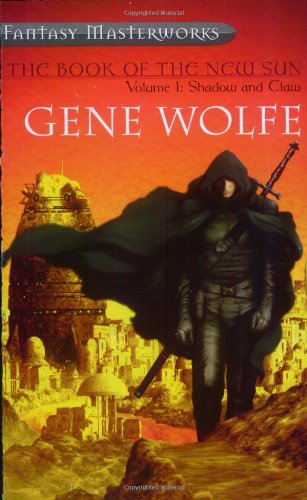 Excellent book btw, if a little bizarre, I highly recommend it

King of Torts by John Grisham.

To be honest I dont read enough. Tried to read Return of the King before it came on at the cinema. Bloddy heavy going

Master and Commander - By Patrick O'Brien
But just finished The Amulet of Samarkand by Jonathon Stroud - a funny read and nice mixing of modern setting and magic worth a try.

I've just finished Iain Banks' 'Dead Air' which I thought was a cracking read (the first of his I have read, though I'll find more I hope) and now I am onto the latest drivel from Andy McNabb - a pretty slow moving drawn out tale about anti terrorism intel ops... hasn't really grabbed my attention and I am half way through already.... I'll probably read the LOTR series next now that I have seen the 3rd film. It's years since I first read them and seems a fitting time to re-read them now.

Also reading some Iain Banks at the moment (Espedair Street). Got Runaway Jury queued up to read next

Like all of his books, it left me feeling somewhat depressed. Good read though.

Just finished re-reading the Farseer Trilogy by Robin Hobb - well worth the paper it's printed on.

Next, I think, I'll start on her other books - The Liveship series - that I haven't read yet.

Before I rush out and buy it *cough*, is Crossroads of Twilight more drivel from the same chap that doesn't know the meaning of "Enough!"? Speaking of drivel....Tolkein....

Breni said:
Before I rush out and buy it *cough*, is Crossroads of Twilight more drivel from the same chap that doesn't know the meaning of "Enough!"? Speaking of drivel....Tolkein....

Crossroads of twilight is number 10 (or 9?) of a series that is getting rather long. I'm still enjoying it but a friend of mine maintains that nothing happens in the book. So if you don't know about it, it's the wheel of time series. There's some new books coming out which are basically the first two books split into two (four books). It might be easier to read then.

Wheel of Time is a wonderful serie but you have to take your time to read the books in order and also to learn more about the characters.

Character progression in the series can take a few books so you really have to take your time and read them all in the correct order.

I personally like the series a lot and will continue reading it but I know a lot of people that don't like it at all.
Everyone has a different taste after all.

Re-reading all my books just finished Monstrous Regiment from Terry Pratchett, now going to start on Weis & Hickman De poort des doods serie (yes in dutch ) or L.E. Modesitt the saga of Recluce
You must log in or register to reply here.

This is what everyone should read.

Whats everyone up to (game wise?)
2