I don't get it. All this messing around when all they have to do is take their oven-ready deal out of the oven.

Down With That Sorta Thing

"Do a trade deal with us World, we're completely reliable and trustworthy".

DaGaffer said:
"Do a trade deal with us World, we're completely reliable and trustworthy".

Anyone wanna bet the Tories will be the law and order party at the next election?

Gwadien said:
Anyone wanna bet the Tories will be the law and order party at the next election?
Click to expand...

They are taking their cue from Trump there. Shout 'Law and Order' whilst all of them break several laws such as fraud, embezzlement and international law.

Wij said:
They are taking their cue from Trump there. Shout 'Law and Order' whilst all of them break several laws such as fraud, embezzlement and international law.
Click to expand...

We gonna get the motherload of facepalm spam very shortly.

I guess getting hysterical is a trait of both sides: 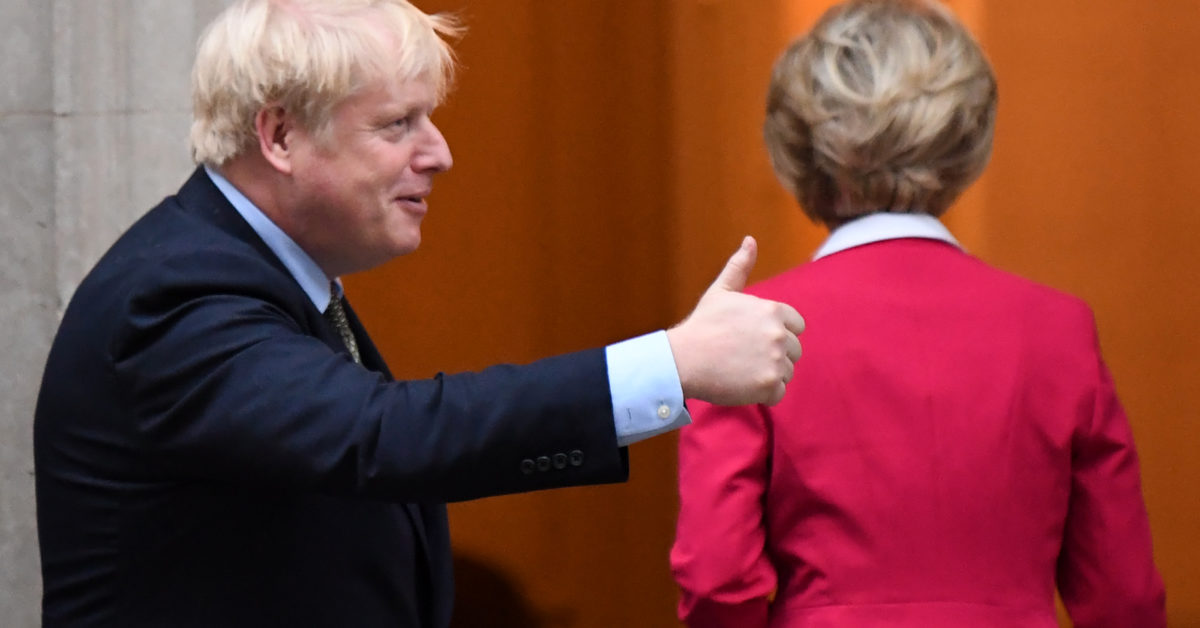 A smoke grenade for the Brexit talks

Is the UK really planning on going back on the Withdrawal Agreement?

I notice the BBC article on this in the comments section looks very different to how it used to. The Brexity comments always used to get the good ratings. This time it's a total reversal.

The backtracking the government are engaging in now just makes us look even more of a shambles.
C

The deal he brought back, said was exactly what they wanted all along, defended vigorously in the face of the critisicm... never made sense? Fuck off.
C

The head of the UK government’s legal department has quit over Boris Johnson’s proposal to row back on parts of last year’s Brexit deal relating to Northern Ireland.

Jonathan Jones is the sixth senior Whitehall official to resign this year, amid growing tensions between the prime minister and staff at the top of the civil service.

Two officials with knowledge of the situation told the Financial Times that the Treasury solicitor and permanent secretary of the Government Legal Department was leaving his position due to a dispute with Downing Street over its plans to challenge parts of the Brexit withdrawal agreement.

Those close to Sir Jonathan said he was “very unhappy” about the decision to overwrite parts of the Northern Ireland protocol, part of the 2019 withdrawal agreement, with new powers in the UK internal market bill.

One person familiar with the events leading up to Sir Jonathan’s decision to resign said it had followed months of tension over the handling of the Brexit negotiations and legal disagreements with Suella Braverman, the attorney-general.

Ms Braverman was appointed last February after the previous attorney-general, Geoffrey Cox, was sacked by Boris Johnson for making what one insider described as “uncomfortable noises” about the importance of abiding by international law.

Sir Jonathan is understood to have been dissatisfied with Ms Braverman’s initial interpretation of the legal implications of a ‘no-deal’ Brexit, and requested official advice from the government law officers — Ms Braverman, solicitor general Michael Ellis and the secretary of state for justice, Robert Buckland.

Two people familiar with the discussions said questions were raised over whether government plans to override the Brexit withdrawal agreement were in breach of the ministerial code that obliges ministers to follow the law, including international law.

The government is understood to have commissioned external advice which determined the government, while free to legislate domestically as it saw fit, would be in breach of international obligations if it legislated in contradiction to the withdrawal agreement.

“Jonathan was one of the good guys,” said a person familiar with the internal deliberations. “He’s a man of enormous integrity.”

Number 10 has insisted the new powers were “limited” and were needed to bring clarity to the protocol agreed and signed by Mr Johnson last October.

The internal market bill will put powers in the hands of British ministers to interpret the Northern Ireland protocol. But Michel Barnier, the EU’s chief negotiator, is expected to insist in Brexit negotiations in London on Tuesday that the UK must implement the protocol in full.

“The Protocol on Ireland/Northern Ireland is essential to protect peace and stability on the island & integrity of the single market.”

Sir Jonathan became head of the government’s legal department in 2014, having previously worked as a legal adviser and solicitor at the Home Office, the Attorney-General’s Office and the Department for Education. He is also a barrister.

Sir Jonathan’s departure follows the exit of cabinet secretary Mark Sedwill, Simon McDonald from the Foreign Office, Philip Rutnam from the Home Office, Richard Heaton from the Ministry of Justice and Jonathan Slater from the Department for Education.

Dave Penman, head of the FDA union that represents senior civil servants, said his departure was “an extraordinary decision of principle” that represented “the very best values of an impartial and professional civil service”.

“Civil servants, like ministers, have an obligation to uphold the rule of law: the ministerial and civil service code are both unequivocal on this,” he said. “It is, therefore, all the more extraordinary that the government’s most senior legal adviser has decided he has no choice but to resign over an issue that he presumably believes conflicts with his own and ministerial obligations, to act within both the spirit and letter of the law.”

“If he can’t stay in the public service, there must be something very rotten about this government,” he said. “This resignation indicates that senior government lawyers think that the government are about to break the law.

“The government is trashing the best of the UK: we are a law abiding country and the government have some serious questions to answer.”

Dominic Cummings, Mr Johnson’s chief adviser, wants civil servants to take more responsibility when policies go awry, but the failure of any minister to quit during the coronavirus crisis has heightened tensions. Mr Cummings has promised radical reform of the civil service, pledging that a “hard rain” will fall across Whitehall.

Sir Jonathan’s formal departure is expected to be announced on Tuesday. The Cabinet Office declined to comment.
Click to expand...

And this is why today's resignation is so very significant 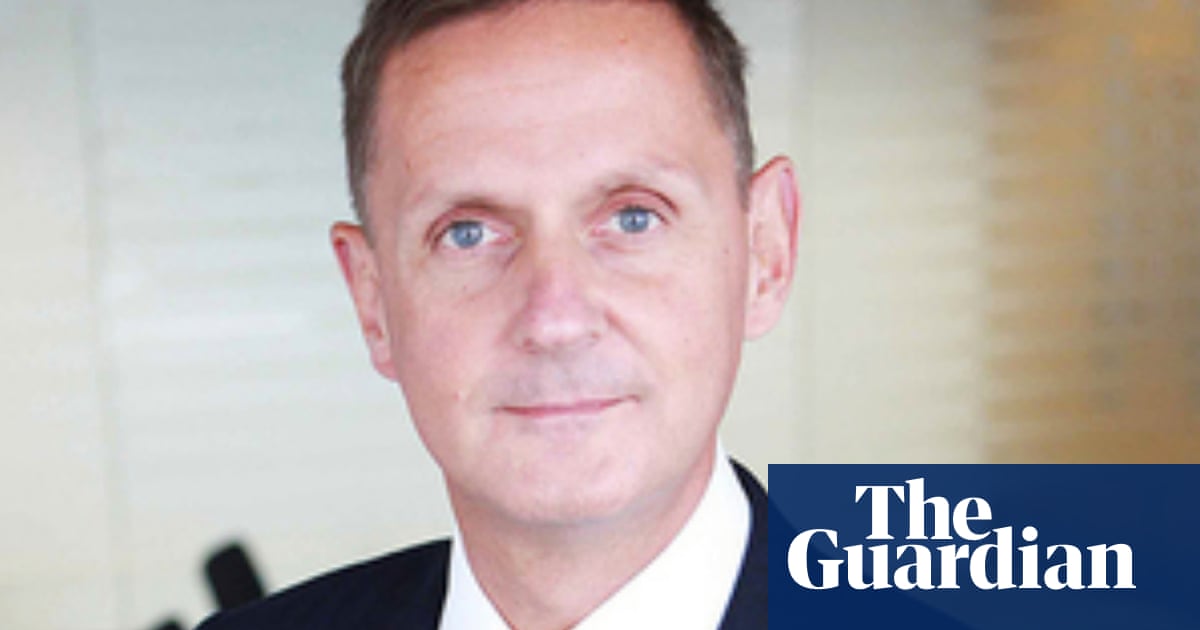 Raoul was one of the SPADS during the negotiations. He knows the ‘unforeseen circumstances’ defense is totally implausible.

Almost sod all to do with Trump is a trade deal. These things are pork-barrelled through the house and senate with everyone trying to get a bit to help them in their re-election campaign.

It's not just Dems either. There's enough Republicans with Irish ties too. It's a powerful lobby.

It’s just shameless. They know we remember but lie anyway:

It was signed in a rush because of Boris. He was pushing it as fast as he could.
C

They're saying there wasn't enough time to scrutinise the bill when the reason there wasn't enough time was because they rushed it through specifically to stop people scrutinising it. Iain *fucking* Duncan Smith stood there and said "if there is anything about this arrangement that we have not now debated, thrashed to death, I would love to know what it is". You would think statements like that would make them feel a bit silly now saying that it "never made sense" but yes, they're utterly shameless.
Last edited: Sep 10, 2020
C

Hark at the UK government telling other nations they must comply with their commitments.

Good God you lot chat shit, I mean now hoisting the US trade deal as an argument is just plain silly since most on the remain side complained about the insignificance of it in terms of volumes or that it'll delivered on the back of a chlorinated chicken.

However I've yet to find a reason or figure out why the government felt the need to diddle with the withdrawal agreement, I don't particularly like it.

Embattle said:
Good God you lot chat shit, I mean now hoisting the US trade deal as an argument is just plain silly since most on the remain side complained about the insignificance of it in terms of volumes or that it'll delivered on the back of a chlorinated chicken.

However I've yet to find a reason or figure out why the government felt the need to diddle with the withdrawal agreement, I don't particularly like it.
Click to expand...

I'm fairly sure remoaners were complaining that sorting a trade deal with the US wouldn't be an instant thing like Trump & leading Brexiteers suggested.

And there was also criticism of the belief that because Donald Trump is in power, he would be favourable to the UK, which obviously isn't true, because he would jump on the opportunity to shit all over the UK to help him get himself re-elected - nationalists aren't very good at international relations.

But that being said, an awful trade deal is better than no trade deal which is what we appear to be receiving, which is clearly directly upsetting the US and many other countries.
You must log in or register to reply here.
Share:
Facebook Twitter Reddit Pinterest Tumblr WhatsApp Email Link

Users Who Are Viewing This Thread (Users: 0, Guests: 1)

Brexit - what about eBay and Paypal?

POLL: Who likes this poll?
2