Menu
Log in
Register
Navigation
Install the app
More options
Contact us
Close Menu
You are using an out of date browser. It may not display this or other websites correctly.
You should upgrade or use an alternative browser.

Now for over a year i used it perfectly fine with my PC with a Nvidia 7800GT using a DVI > HDMI converter. Then i upgraded to an 8800GT. And then the PC point blank refused to see it as anything other then a HDTV. So i thought bugger it, and went back to the good old 19 inch spare i had, and used the LG in the bedroom with the 360.

After finding an old VGA cable the otherday and the DVI > VGA adapter, i decided to try it again using the VGA slot on the TV this go. It worked but everything was pushed to the left of the screen. Took a while of fiddling but i found messing with the phase setting on the TV menu put everything back fine. The only problem is a very slight ghosting effect on websites and forums. 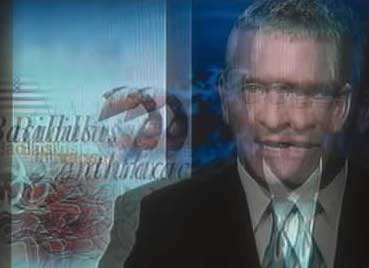 but no where near that bad. My other half cant even see it, but i can and its niggling me! I am using the native res, and games look fine, but there moving and its realy hard to see on a still image never mind a moving one. Its mostly noticable when theres black on white, like forums ect.

If you're feeling patient, see if you can download an old version of drivers - ideally the same version you had with that 7800. I've a feeling it's more of a software/driver issue than hardware. Nvidia have done a lot of screwing around with their software of late and none of it any good for the end user.

I suspect they've changed the detection so it acts as a TV, which neither nVidia or windows handles too well :/
I

I am curious to see if you are using a standard multi-conductor VGA monitor cable or something with miniature coax cable like this:

What distance are you covering?

not far tbh about 1-1.5m. The cable looks like some cheepo crappy thing, the piccy in the link you posted looked like my old DVI cable, except ofcourse its VGA. You think the cables picking up interfearance somehow?

Check the adapter. Had a similar problem myself and switched the adapter out for a cable that went connector to connector (DVI - HDMI in my case) solved the issue straight away.

It only takes 1 missing pin!

Erm, I fail to see the problem with using dvi-> hdmi? So what if the software says it is a HDTV. I am using an ati card and it recognises my HDTV as just that, but still lets me use it as a display.

Ch3t : this is where the ATI's have one of the major advantages, they handle this sort of thing much easier, whereas nVidia are limiting their drivers something chronic, they're a pain in the backside :/

incstlouis said:
I am curious to see if you are using a standard multi-conductor VGA monitor cable or something with miniature coax cable like this:

Got a cable with Coax today and its all working perfectly. Even Auto adjusted the picture like it should of done first go

Thanks
You must log in or register to reply here.