Any OLD(er) people going to see RUSH this year ?

Hello People,
RUSH have announced their 30th Anniversary World Tour, 4 UK dates so far, London Birmingham Manchester nad Glasgow. I will definitely be going to one of the gigs, probably Glasgow and was wondering if anyone els who reads these boards was going to go and see them?

I do remember them, and they did make some good records ina self-indulgent fashion
I shant be going, hope you have a good time though

They are so corny and devil-worshipererery that they are good.

Although the first post in this thread sounds like an agent trying to drum up ticket sales.

I dont remember em being devil worshippy, but maybe its meh old brain
2112 I remember, and Spirit Of Radio ...

I know nowt about em apart from the high pitched wailing type vocals and a reference to satan along the way.

Trem said:
I know nowt about em apart from the high pitched wailing type vocals and a reference to satan along the way.

er that's Geddy Lee, his voice is a bit of an acquired taste Don't remember any Satan stuff, the 2112 album cover had a pentacle on it 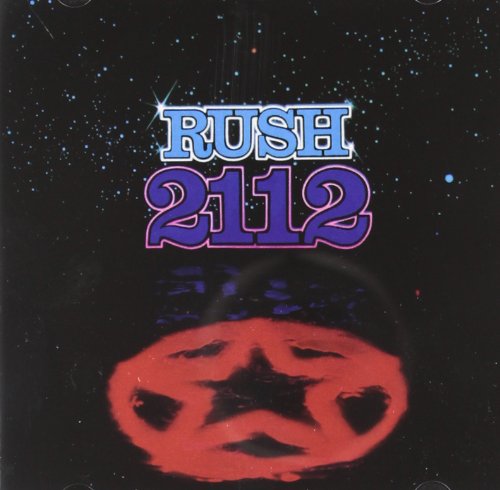 Other then that just a band I remeber from my youth , best band in the world

It does look a bit ticket touty, I will give you that

No worries chum, I wasn't having a go.
G

I had realised that, I sometimes forget that not everyone is a RUSH fan

Ignore their first album and anything after 1985 and you wont go far wrong. 2112 is a masterpiece.
G

Tend to agree GDW, last Album I bought was Signals, listened to Grace Under Pressure and Power Windows a couple of times, didn't really do it for me. Kind of lost track of them after those albums, I did hear some good things about Roll the Bones and Bought the Chronicles set.
Saw the Signals tour in 84 or 85 and I just want to go back and relive my youth I suppose

Farewell To Kings and Hemispheres \o/

Both are sweet
G

I have my ticket, will be wandering the streets of Glasgow on the 14th of September looking for a beer or 3, Christ I have not looked forward to anything this much for absolutely ages

Well, It was abso-fucking-lutely brilliant.

My mate Carl said the same
You must log in or register to reply here.

Anybody going to Global gathering this year?