This is a weird one to explain, as when I screenshot, it doesn't pick it up, but I don't see how it's a monitor fault as it only happens on FH.

Basically, when I delete text there's black/grey } and | that replace where the text was that was deleted and disappears after 5 seconds or so.

I could take a photo I guess... 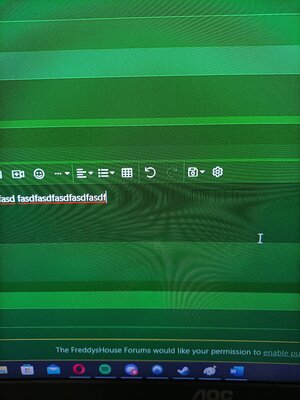 Does it happen on every device or just the one?

You still have MS store and paint shortcuts on your taskbar.

Raven said:
You still have MS store and paint shortcuts on your taskbar.
Click to expand...

nah, the paint is what because I had it open, but microsoft store, sure.

I never use taskbar shortcuts anyway, I always search

I've actually started to notice this on other things too, any idea what it could be?

If it's over several websites then it could be a driver issue, or your graphics card on the fritz. Is it all browsers that it does it in?

I'd say it's likely the second one. With the weather recently, how hot is the card getting? Can you get in there with an air duster and give it a once over?

I've had some issues with other stuff with freezing for 3-4 seconds but I put that down to a shit release combined with having a shit AMD GPU but yeah, I guess it could be the case.

Weirdly enough though I used to get coil whine quite a bit but that doesn't appear to happen anymore.

as for temps, it's idling at around 60 degrees right now, sometimes can get up to 80-90 if I recall correctly, but I remember looking into it and AMD users saying 'yeah that's normal, lol.' 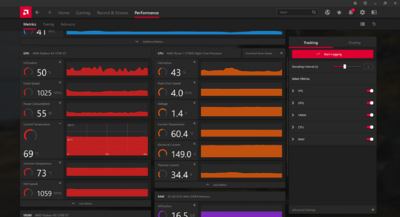 AMD drivers are still less solid to me than other graphics drivers but I'd still lean towards heat personally
You must log in or register to reply here.